Alforex’s latest addition to the Hi-Salt alfalfa line-up is Rugged II, an FD3 variety especially well-adapted to the Northern Great Plains and higher elevations of the Intermountain West, suited to both irrigated and dryland systems for hay or grazing. Growers in the transitional zone between dormant and non-dormant alfalfas will want to check out AFX 647, a new FD6 variety that demonstrates a 4% yield advantage over its predecessor with a fast recovery after harvest and persistence for medium and longer rotations.

Salinity is a natural byproduct of irrigated and dryland agriculture in low rainfall areas. Over time, soluble salts move upward in the soil profile. When rainfall or irrigation are not sufficient to leach accumulating soluble salts from the root zone salinity rises. This rise in salinity interferes with crop growth.

The salinity of soil and irrigation water is usually measured and expressed as Electrical Conductivity (EC). Soil with an EC range of less than 1.0 will have little effect on germination or yield.  For every EC point above a variety’s salinity threshold, yield decreases by 7.5%.* In a field with EC measurements approaching EC 4.0, the expected seedling mortality is 35% and yield may be reduced by 15% in unimproved alfalfa varieties.

Alforex’s salinity tolerant alfalfa varieties can reduce seedling loss in a high salinity field from an expected 35% to negligible amounts.**

Hi-Salt alfalfa varieties reduce the impact of salinity by 2.0 to 3.0 soil electrical conductivity (EC) points. In addition, in fields with even higher levels of salinity, planting varieties with the salinity tolerant trait have allowed producers to grow alfalfa in areas where it was thought to be impossible by improving germination to develop strong stands from the beginning.

An alfalfa variety with both germination and forage production tolerance is recommended for soils with ECs exceeding 2. 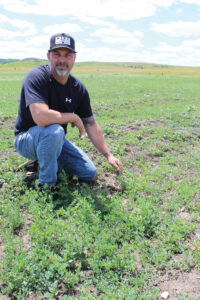 “This is my first time planting alfalfa. I choose the Rugged Alfalfa for grazing our cattle knowing that we had saline issues with the pasture and on average receive very little rainfall. We are happy with how it’s performing for grazing cattle in the first year with almost no rainfall.” 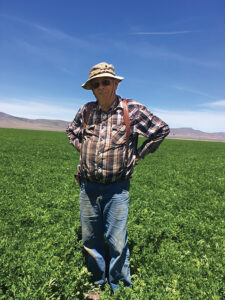 “Of all the alfalfa varieties we have on our farm, AFX 457 has been the best by far. The best in establishment on saline soils, best in yield, and best in quality. Winter hardiness has been extremely good. It is overall the best alfalfa on our farm ever!” 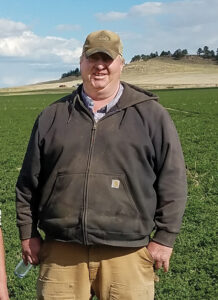 “Rugged has a great longevity in holding up to the grazing pressure from our cows in the winter along with deer and elk. I still get 5-7 tons per acre on an 8 year old stand. Rugged provides the feed quality I need for our cows and feedlot. It also holds up extremely well in the tough environmental conditions of central Montana.” 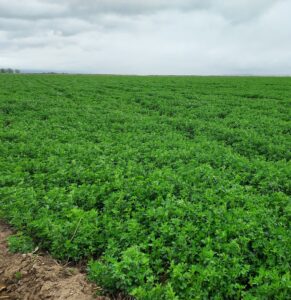 “The Hi-Salt and Hi-Ton® varieties have been great products in producing high quality alfalfa in Wyoming.”

Hi-Salt varieties are making a difference for growers with salinity issues across the Northern Plains, Arizona, Texas and the rest of the American West and Southwest. These varieties are pushing acceptable yields further into the hot spots, negating salinity’s effect on germination and yield. They enable the grower to better utilize available irrigation water and to generate revenue on fields and pastures previously thought unproductive due to saline levels in the soil.

Hi-Salt varieties were developed from top performing alfalfa varieties and perform equally well in non-saline soils where the variety is adapted, making them a versatile option for your farming operation. 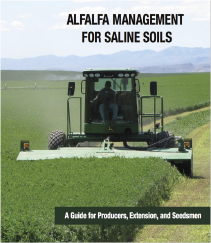