Alfalfa Production and the Interaction between Drought and Soil Salinity 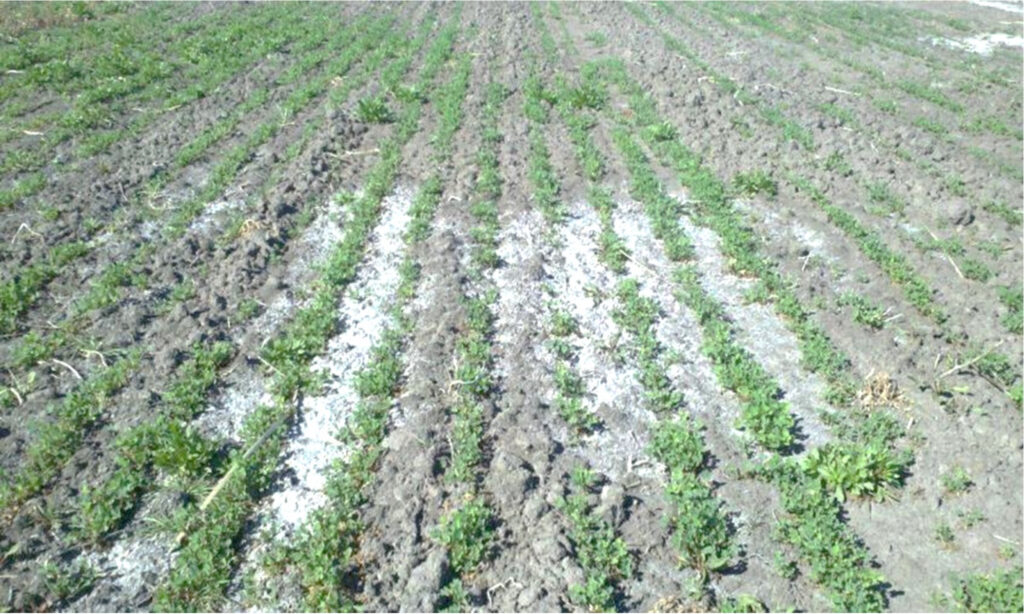 Western United States alfalfa growers are very aware of how important it is to have adequate irrigation water. In the past irrigation water appeared to be unlimited and could be sourced from major rivers and/or pumped from underground aquifers. However, over time the demand for water for agriculture and cities has become greater than the supply.

To make matters worse the western U.S. is currently going through a severe multi-year drought. The drought is reducing river flows and placing high demands on irrigation water from aquifers.  With major reservoirs at historic lows many regions plan to limit the amount of surface water made available to produce crops like alfalfa. Many western farms will only receive a small fraction of their annual allotment of irrigation water from these reservoirs. As a result, many farms will have to try to make up the difference by pumping from underground aquifers. However, this practice is not be sustainable in the long term and may become more regulated in the future.

The reality of climate change and the possibility of more long termlong-term droughts in the future, water will have to be conserved. As a result, farmers are implementing water conservation practices and utilizing new technologies to efficiently apply the water they do have. Regions that historically used flood irrigation, are moving to sprinklers and in some cases drip lines. These methods do significantly reduce the water used to grow alfalfa during the growing season, but tend to increase salinity. At the point when rainfall or available irrigation water are not sufficient to leach accumulating soluble salts out of the root zone, salinity will interfere with normal crop growth and performance. Yield losses may be small at first, but if left unchecked, the salinity will worsen over time and eventually cause economic losses. The rate of salinity buildup and amount is often more severe during periods of drought.

In general terms soil salinity tends to increase during periods of extended drought.  The cause of this increase in soil salinity is caused by two factors: 1) water sources may become more saline during extended droughts and 2) the ability to leach salts out of the soil profile is hampered by the lack of adequate water. The following is a brief overview of how drought and soil salinity interact along with possible management actions that can be taken.

One of the most common sources of soil salts is irrigation water. Most if not all irrigation water contains some level of salt. Over time irrigation can lead to the salinization of soil and water and all irrigated land may eventually have to be managed for salt.

Rainwater is virtually free of salt. However, all water that comes in contact with soil will eventually pickup salts. The amount will vary depending on the composition of the soil in each region.

River water at the source is relatively pure, but will pick up soluble salts as it moves downstream. In wet years the large amounts of water in river flows can dilute the salt concentratioconcentration. However, in times of drought, the amount of water in the normal stream flow decreases and there is less water to dilute the salt load. Irrigation water taken from surface sources during droughts is generally more saline and will deposit more salt in the soil profile. California aqueduct irrigation water deposits 700 lbs. of salt for each acre foot of water applied. A full irrigation season deposits 1.2 tons of salt per acre. During drought periods the salt load may be even higher. 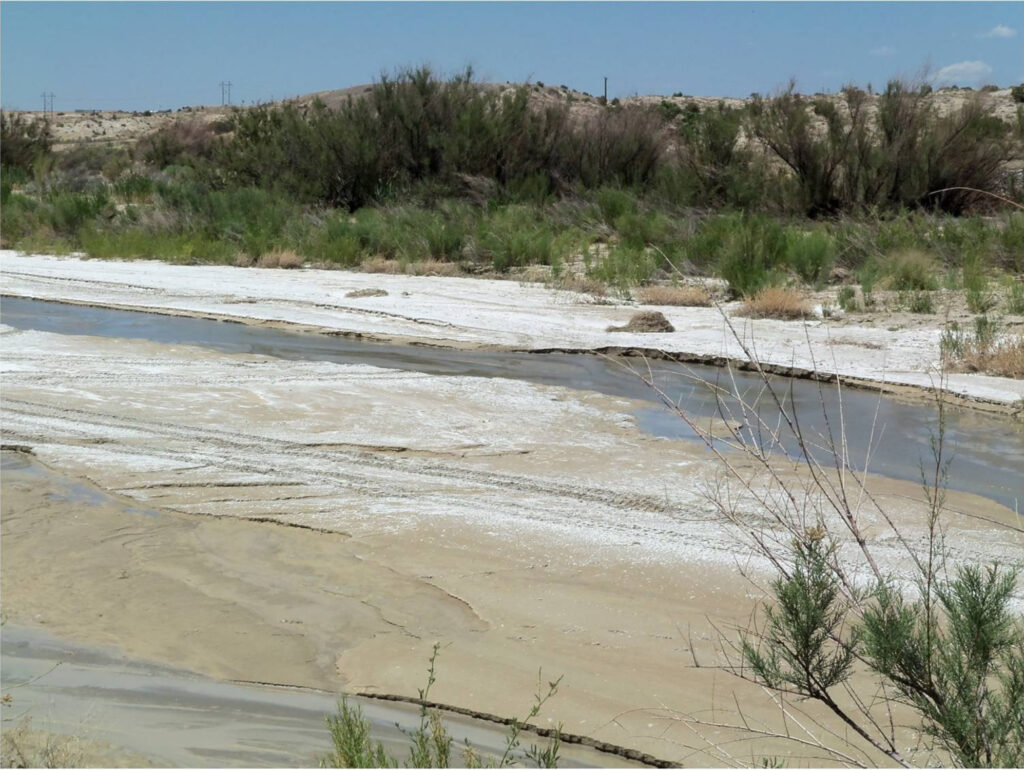 Aquifers may have fresh water perched over deeper more saline water. Fresh water is less dense having a specific gravity of 1 and saline water is denser having a specific gravity of 1.025. Excessive pumping during drought conditions to offset the lower surface water allocations may cause the deeper saline water in the aquifer to move upward and mix with the fresh water. The mixed water can increase the saline content of the irrigation water and lead to increased salt buildup in the soil profile.

Before irrigation water became more limited, many regions used irrigation methods that applied large volumes of water such as flood irrigation. This method commonly applied 6+ inches of water per irrigation. As a result there was plenty of water to leach accumulating salts out of the soil profile. However, as water became more limited, farmers started using other forms of irrigation to more efficiently apply their limited water supply.  Over time many farms converted from flood irrigation to various forms of sprinkler irrigation. Most recently some areas have embraced the use of drip irrigation to raise alfalfa. These water conservation practices provided the means of significantly reducing the amount of water used per irrigation, but generally provided less water for leaching salts out of the soil profile. The following are a few of those methods and their limitations in regards to salinity:

Circle Pivots & Sprinklers: Various sprinkler systems generally apply a lot less water per irrigation than flood irrigation. However, the wetting depth in the soil profile generally is only about 8-12 inches deep. Repeated irrigations with this reduced amount of water (2-4 inches) results in the accumulation of salts at the edge of the soil wetting front which is generally at the 8-12 inch level.

Drip Irrigation:  More drip irrigation for alfalfa production (AZ, CA) is being used because of the recently limited water and drought conditions. The efficiency of this irrigation method is that it only wets the soil closest to the plant roots. However, like sprinklers, salts can accumulate at the edge of wetting front and eventually become an issue.

Advancements in Breeding Alfalfa for Drought and Salt Tolerance

Alfalfa varieties developed in the last 20 year tolerate increased levels of salinity at germination and for forage production. These varieties still perform in non-saline soils, but have the added genetic trait that provides better establishment and yield in marginal saline soils. Find Salinity tolerant alfalfa varieties in the NAFA 2022 Alfalfa Variety Ratings booklet or on our resource page.

Developing drought tolerance in alfalfa is not as advanced as the breeding work on salinity. However, preliminary research appears to indicate that a salt tolerant varieties ability to access water against a strong saline soil solution may provide some advantage in limited water situations or drought conditions. 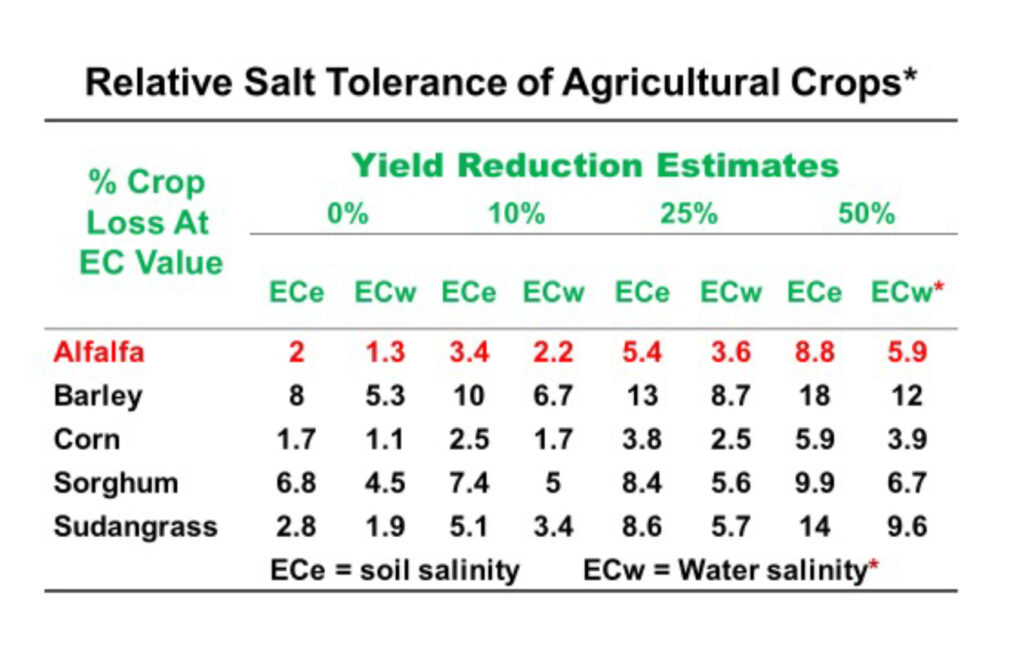 Managing the effect of Drought on Salinity Buildup 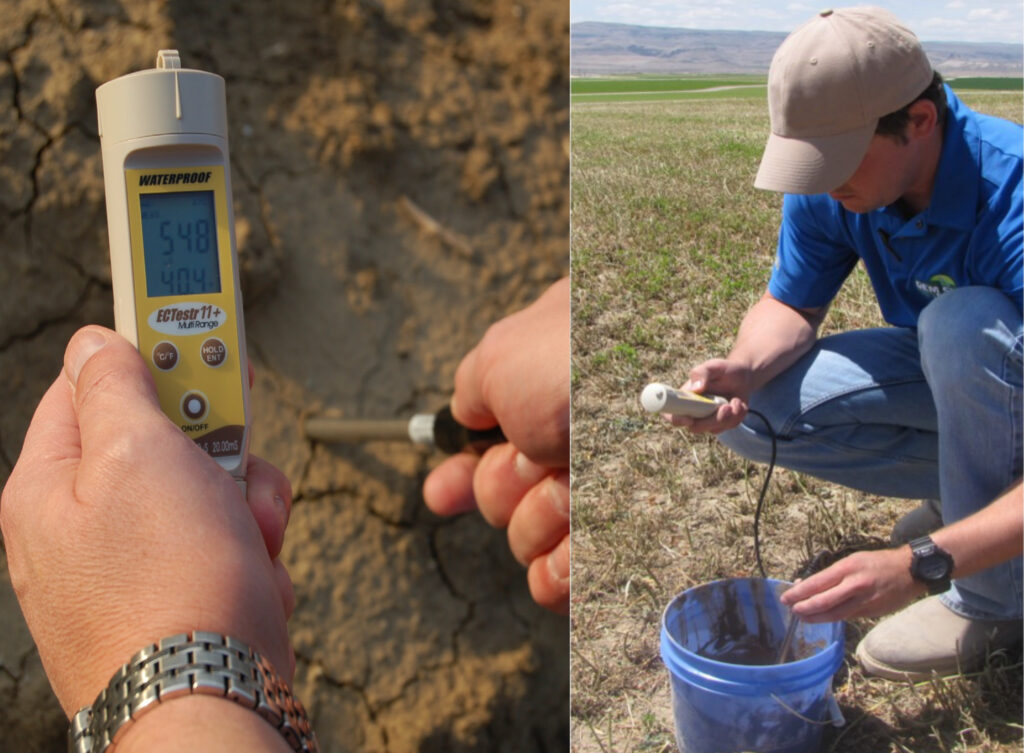