Time to Reevaluate Alfalfa’s Role in the Dairy Ration:

In recent years the amount of alfalfa in dairy rations has steadily declined. Dairies have been reducing the percent of alfalfa in their Total Mixed Ration (TMR). They are replacing alfalfa mainly with corn, soybean meal protein, and a mixed bag of other feedstuffs. These feed stuffs may include distiller’s grain, cotton seed meal, almond seed hulls and various food byproducts to reduce feed costs and increase milk production.  Corn combined with soybean meal as a protein source, have been the major drivers in the reduction of alfalfa in dairy rations.

However, in the last several years there has been a sharp increase in the price of corn, other commodities, and the cost of soybean meal as a protein supplement. The cost of soybean meal, the most widely used protein supplement in dairy rations, continues to be at record levels. There appears to be a consensus from experts that this price trend will continue for at least another year, possibly longer. Dairy operations that rely primarily on corn and soybean meal protein are seeing significant increases in their costs for milk production.

The current pricing of these two commodities in a TMR is significantly reducing the profit margins in milk production. One possible solution to reducing these high input costs would be to consider modifying the type and/or percentages of forages in the TMR as well as the protein source. Dairy operations may want to take a look at the new class of alfalfa varieties which appear to fit that role very well. 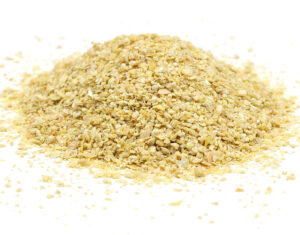 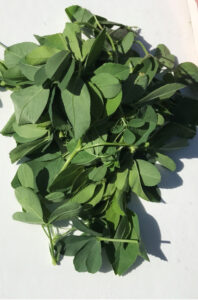 The importance of alfalfa in a dairy ration has been well known for years both for its feeding value and as a good protein source. However, many dairies are still under-utilizing alfalfa in the ration. They are using alfalfa mainly as a high-quality fiber source for the rumen. Recent advances in the forage quality of new alfalfa varieties justify the reexamination of alfalfa as a larger component of Dairy rations. New alfalfa varieties have been significantly improved for two major forage quality components, fiber digestibility and the leaf-to-stem ratio.

Alfalfa has always been considered a good fiber source for the rumen, but the new generation of high forage quality alfalfa varieties have a significant improvement in the extent of fiber digestion (5-10% as measured by UNDF 240), and the rate of digestion by 5-10%. The improvement in fiber digestibility increases alfalfa’s value in several ways. The alfalfa still has adequate fiber for the rumen, but that fiber is now more digestible. This increases the energy available to produce more milk. Also, faster and more complete digestion increases intake since more of the alfalfa fiber that is ingested is actually digested at a faster rate. this which allows more intake of feed to boost milk production.

The second forage quality improvement is the improvement in leaf-to-stem ratio. These new varieties have more leaves. More leaves mean more protein. There is a 5-8% improvement in the leaf-to-stem ratio which translates into a 3-5% increase in crude protein (CP). If you do the calculations on a ton of alfalfa hay, a 3% increase in CP from 18 to 21% CP will increase the amount of CP by 60 pounds or a total of 420 lbs. CP for each ton of hay fed. Each 100lbs of alfalfa protein is equivalent to 220 lbs. of soybean meal. Adding more alfalfa in the ration can significantly reduce the need for soybean meal.

In these tough economic times the advantages of high quality alfalfa varieties give the dairy producer the option of growing more of their own high quality forage for their TMR. With that in mind, this may be the year to reconsider alfalfa’s current role in corn/soybean meal based TMR’s. Utilize alfalfa more fully to reduce input costs, especially the high cost of soybean meal as a protein supplement.

High-quality Alfalfa in the Dairy Ration

This new generation of forage quality improvements make a valid case for the reevaluation of alfalfa for the dairy ration. The high cost of feed commodities, especially corn and soybean meal protein are making dairy producers look for alternatives to reduce costs. The decision to reduce feed and protein supplement costs may be as simple as increasing the percentage of a high-quality alfalfa in the ration.

Enhanced leaf content also means that alfalfa can now contribute more CP to the ration. This reduces the expense of including soybean meal protein in the TMR. Depending on the amount of alfalfa in the dairy ration, these new innovations have the potential of significantly reducing input costs and improving the dairy profit margin. The cost savings could be even more significant if the alfalfa was produced in-house by the dairy and its value priced at the cost of production, reducing overall feed and protein expenses. 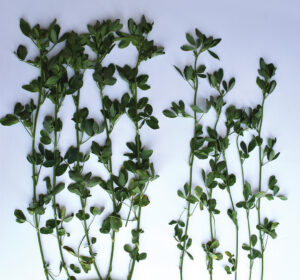 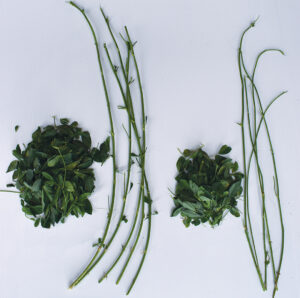 5 stems Hi-Gest alfalfa versus 5 stems of competitive alfalfa. Hi-Gest on the left of both photos. More Leaves = More Protein!

Specific Hi-Gest product information can be found on these pages:

For more information on alfalfa varieties with High forage quality contact us.